A downloadable Visual Novel for Windows, macOS, and Linux

Can you accept a reality you can not remember?

Follow Toshi, a second year high school student, after recovering from a serious accident which disconnected him and the memories he holds dear. Relearning the world, his relationships and the things most important to him, can he accept the truths hidden beneath the fog of his mind? Those he cares for, and those close to him. What are their secrets? Is he able to help them?

The story contains mild use of curse words, follows social relationships and depressions. Including the path beyond that, therefore some of the contents might not be appealing to some.

Lost Impressions has a word count of 35,668 words.

Three main love interests are featured within this visual novel.

Ei Takahashi: Toshi's close friend and classmate. She is a very introverted person, and is prone to hiding her feelings of sorrow.

Hana Easthoft: Timid and polite. Hana is a caring person, but doesn't like being the centre of attention.

Sachi Kasei: A girl with a mysterious, yet quirky aura. Despite having a noticeable, sarky attitude, she is often there for those who need her.


A full set of accreditation can be found within the distribution files as "credits.txt" or within the VN itself.

A Lemmasoft thread can be found here if you want to give your thoughts, or just leave a response below because that'd probably be easier.

Extract .zip/.tar file and run "Lost Impressions", sit back and read. Have a drink if you'd feel more relaxed doing so.

Such a beautiful game. There's a certain charm in its sheer amateurness that makes this visual novel absolutely worthwhile.

It was a fun playthrough! I surely enjoyed it!

Just a quick test run. I tried being as obnoxious as possible but it looks like I still scored. What a shame - said jcd. 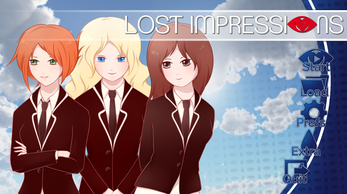 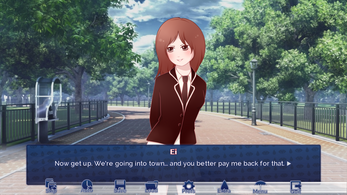 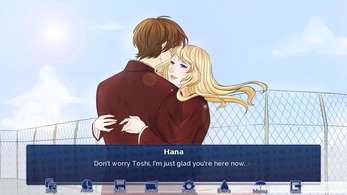 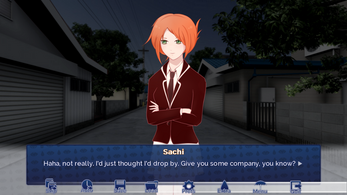